A new report issued by the Historic District Council outlines ways to preserve DUMBO’s unique Belgian block streets while complying with the mandate to make them assessable. Photo by Mary Frost
Share this:

All along its charming streets and walkways, DUMBO’s iconic Belgian block has been dug up, discarded and covered with asphalt.

This has to stop, according to a report recently released by preservationists fighting to save the unique 19th century character of the neighborhood.

The report, prepared for the Historic District Council, outlines ways to restore and repair DUMBO’s deteriorating Belgian block streets while at the same time complying with the mandate that the roadways and sidewalks be made more accessible to the handicapped.

Preserving the Belgian blocks when crosswalks, sidewalks and curb ramps are made accessible will be challenging but well worth the effort, according to HDC.

Belgian blocks, mistakenly called cobblestones by many (cobblestones are smaller and rounder), help give the former industrial neighborhood its distinctive character and unique look, much prized by residents, filmmakers and tourists alike.

Similar roadways are found across the city in historic neighborhoods like SoHo, TriBeCa and the Gansevoort Market. But of all New York City neighborhoods, DUMBO is perhaps most distinctively defined by its Belgian block streets, HDC says.

Although they are supposed to be protected in historic districts, many of the old paving stones are still being ripped up and paved over by utility and cable companies after they dig the streets up. This problem is especially prevalent in DUMBO.

The report concludes that to fully preserve and protect its irreplaceable historic fabric, DUMBO needs a comprehensive planning document. A detailed, block-by-block streetscape preservation plan should be developed not only for DUMBO, but for each historic district in New York City, the report adds.

On Tuesday, the Department of Transportation (DOT) refuted some online reports stating that DUMBO’s Belgian blocks must be removed in order to make its streets more accessible.

“The Belgian block configuration in DUMBO is not being removed,” DOT spokesperson Scott Gastel told the Brooklyn Eagle. “As part of a full street reconstruction project in the neighborhood, the city will be in large part restoring Belgian block components of the street and in areas requiring ADA upgrades we plan to incorporate the Belgian block structure into the accessible sidewalk components as best we can.”

He reiterated, “The idea that the Belgian block/cobblestone character is disappearing from the streets of DUMBO is not true.”

Gallo: City needs to review this report before starting Phase 2

The DUMBO Neighborhood Alliance (DNA) and the Historic District Council originally brought the Belgian block issue to the attention of Councilmember Steve Levin and the Landmarks Preservation Commission.

Doreen Gallo, president of DNA, is not satisfied that the city is doing all it can to preserve the Belgian block.

“You can restore the streets much more than is being done,” she told the Brooklyn Eagle. The city should look at the report’s findings before beginning Phase 2 (known as the DUMBO/ Vinegar Hill Street and Plaza Reconstruction project), she said.

“DOT has agreed with DNA, Councilmember Stephen Levin and HDC that there were a lot of mistakes made in Phase 1. If that’s true, why repeat them in Phase 2? Phase 2 has been voted on but work hasn’t started yet so no harm done,” she said.

Gallo says that many Phase 2 design elements that remove Belgian block from DUMBO’s streets are unnecessary.

For example, “They want to take the Belgian block out of the triangle area under the [Manhattan Bridge] anchorage,” she said. “Why?”

That area is currently being used by DOT, Gallo said. “DOT needs to remove its occupation of DUMBO. We need an overview of this important site. The Manhattan Bridge anchorage is the heart of the historic district, but it’s been used as a shop.”

“The city policy of adaptive reuse is why it’s in disrepair,” she said. “There was no asphalt until 1985,” when DOT began allowing utilities to dig up the streets without replacing the Belgian block.

“Stuff happens so quickly,” she said, citing a time when she obtained a stop work order that was quickly overruled. “Four hours later the work starts up again. Two dump trucks drive away, full of Belgian blocks.”

Gallo feels that Belgian block, if properly laid and maintained, can be just as accessible as some of the more controversial replacements tried in Phase 1, such as the pinkish, flat granite blocks installed in the Washington Street roadbed. According to the report, the rationale for why new blocks were deemed needed within this roadbed “is not clear.”

The study calls for a “comprehensive look at these issues,” Gallo said.

Alexandria Sica, executive director of the DUMBO Improvement District, says DUMBO businesses have a lot of love for the city’s plan as it stands.

“DUMBO’s beloved Belgian block streets are charming — but they are also broken,” she told the Eagle. “Trip hazards and asphalt patches abound. Biking is treacherous. And, because the water and sewer pipes below haven’t been touched for centuries, we have floods every time it rains for more than ten minutes.

“Sidewalks and crosswalks can and should be usable by everyone — and it’s true that DUMBO’s Belgian blocks aren’t smooth enough to make it work,” she added. “But these are isolated areas — the vast majority of the roadway will be restored with the original Belgian blocks. We’re going to end up with much safer DUMBO streets and charming Belgian blocks at the same time — it’s a win-win,” she said.

Sica called the city’s plan for the streets comprehensive. “It was reviewed extensively back in 2013 when the city even created mock ups for a couple of design options and selected the one that would re-use the most Belgian blocks.”

“The city has taken a balanced approach to reuse and preservation and modernization and must move forward now,” she said. “We need to fix the streets now.”

Phase 2 involves sewer and water infrastructure upgrades in DUMBO and Vinegar Hill, reconstruction and restoration of Belgian block roadways, and a large public plaza at the Pearl Street Triangle adjacent to the Manhattan Bridge anchorage. It is scheduled to be complete in 2019.

Unlike Phase One, the Phase 2 falls under the jurisdiction of the Landmarks Preservation Commission (LPC) rather than the Public Design Commission.

DUMBO was designated as a historic district in 2007. 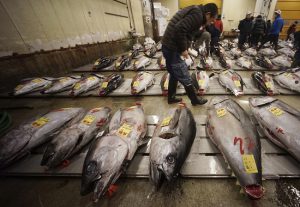 Wednesday January 3, Our World in Pictures