The Brooklyn Heights Association (BHA) is set to go to court on Thursday at noon to ask New York State Supreme Court Justice Lucy Billings to prevent construction from beginning on two residential towers on Pier 6 in Brooklyn Bridge Park, at least until BHA’s request for a temporary restraining order can be fully argued on Aug. 4.  Billings agreed on Tuesday to hear argument on BHA’s emergency request.Developers for Brooklyn Bridge Park Corporation had notified BHA in late June that they intended to begin construction on July 19, following an expected July 18 court appearance. Billings, however, adjourned the likely final hearing on BHA’s Article 78 Petition seeking to prevent construction of the controversial towers from July 18 until Aug. 4.According to a statement from BHA, the park would not agree to defer beginning construction until Thursday’s court appearance. Attorneys said in court on Tuesday, however, that no pile driving would take place before Thursday’s court session. The planned construction includes driving more than 400 steel piles, each 100 feet long, 90 feet into the ground to reach bedrock, according to papers the developers have filed with the court. That pile-driving process is expected to last for 10 weeks at the two sites, in 10-minute continuous sessions up to 20 times each workday.BHA says they are concerned that “intense noise of the pile driving activity will make the Pier 6 children’s play areas virtually unusable this summer, and will also be intrusive for other park visitors and nearby residents.” 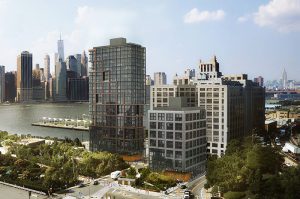