After joining the loan club, members receives a handwritten “contract,” like this, specifying the club’s terms and members’ names in a grid hand-drawn by the fund managers. Eagle photo by Jane Yi Zhang

Na Lin, 50, joined other 10 victims at a meeting with the police in Sunset Park, Brooklyn last January. The two police officers and the victims made a circle around a folding table in the office of the Brooklyn Community Improvement Association (BCIA), a Chinatown community nonprofit. Stifling air filled the basement space. Lin sat next to one of the officers, her lips pressed tightly together. She looked troubled, as did the dozen other people in the room.

The meeting was initiated by Louie Liu, vice president of BCIA, after Na Lin and the group told him about the $2 million scam in which they had lost money. He felt obligated to inform law enforcement. Among other community service projects, Liu is the founder of Brooklyn Asian Civilian Observation Patrol (BACOP), a neighborhood patrol group that now numbers 50 volunteers.

BACOP helps make Chinese immigrants feel more comfortable on the streets, as they help police to deter crime, particularly against the elderly. But the recent investment scam was something Liu’s patrol force could not deter. All he could do was ask police to listen and, perhaps, offer some hope for recovery.

“It didn’t lead anywhere. The police didn’t even write a report,” recalled Na Lin recently. She said she had lost about $100,000.

“It didn’t lead anywhere. The police didn’t even write a report,” recalled Na Lin recently. She said she had lost about $100,000.

Four years ago, Lin joined a “biaohui,” the Chinese term for underground loan club, through which participants pool money together and lend to the one who bids with the highest interest rate. The club’s manager was Na Lin’s personal friend Huiqin Chen.

Na Lin emigrated from Fuzhou, China 28 years ago. She works as a tour guide for casino buses. In the morning, she loads the bus with people from Sunset Park, one of Brooklyn’s Chinatowns, and rides two hours to Bethlehem, Pennsylvania, where the casino is located. By 5:30 in the afternoon, she’s back in Sunset Park, calling it a day.

She knew from the beginning it was a risky investment and that she was not insured. The entire club relied on trust. She invested her money with Chen because they had known each other for a decade.

“We’re from the same village. Her husband and children were here. I even attended her son’s wedding. It’s like a friend asking you to lend her money. I don’t want to say no,” Na Lin said. Besides, the rate of return is much higher than what she could get from other regulated investments.

Chen’s loan club had three different funds, each with about 50 members. Na Lin joined all three, investing about $800 in each every month, sometimes more depending on her income. As a tour guide, she earns a base salary from the tourist company that operates the casino bus. Passengers, who are usually Chinese seniors who go to the casino because it provides coupons for a free lunch, are also required to tip the driver and the tour guide.

As members of the loan club, anyone had the right to borrow money. To borrow, a member needs to bid with the highest interest, which is usually 20 percent or above.

Na Lin didn’t need to take the risk. She already owns a house in Sunset Park. She has no ambition to build a business either. But the chance of free money proved irresistible. For each bid other members placed, Na Lin could earn $200 from her $800 principal.

“No bank could offer such interest rate. I just wanted to invest a small amount to earn a small portion,” Na Lin said.

None of these transactions have formal records. The monthly payments from Lin to Chen were cash only, Na Lin said. In this recordless and lawless territory, fraud grew freely.

Last year, at least five funds in New York collapsed, three of them in May alone according to articles in World Journal, a Chinese-language newspaper that covers the immigrant community. The fund managers cut contacts with all the members and fled, owing millions of investors’ dollars. No one knew the exact amount.

The clubs are popular among certain Chinese immigrants, particularly from the Fujian province. For those who haven’t built up credit history and therefore, can’t borrow from banks, the money enables them to build businesses or buy properties.

Collapsing biaohui isn’t new in the Chinese community. Over the years, these notorious loan clubs have often made headlines in Chinese newspapers, involving millions of dollars each time. Older and educated immigrants steer clear of them. However, among the Fujianese new immigrants, these loan clubs are part of their culture.

The practice has more than a century of history. Originated in rural areas without financial institutions, this type of financing enabled villagers to develop local businesses — albeit at a high cost.

In Fujian’s rural area where transportation is limited, villagers usually live in the same town their entire life. Members of loan clubs know each other closely, they usually belong to the same clan, their children are classmates and their ancestors are buried in the same temple. But more importantly, they are bound geographically, explains Liu. If the funds don’t work out, the managers have no place to flee.

Na Lin grew up in one of these villages, where loan clubs were part of daily life. Her family and friends were more or less involved.

“People who don’t grow up in such culture wouldn’t understand,” Na Lin said. “Even my husband didn’t understand. Everyone laughed at me. They thought I was stupid putting my money in the biaohui.”

As more and more immigrants from Fujian flooded into the New York Chinatowns, they copied this practice, but not always with good results. In the U.S., where the population is highly mobile, it changes things.

“It doesn’t work like that,” Liu said. “You can’t simply copy a tool developed from a rural village in China and paste it here.”

After joining the club, members like Lin receive a handwritten “contract,” which specifies the club’s founding and maturing date, payment terms and members’ names. The names, some of them nicknames, are placed in a grid hand-drawn by the fund managers, who would be the only people to oversee the money flows. Sometimes, when a fund was short of money to lend out, a manager would borrow from another fund she managed — a well-known trick known as a Ponzi scheme.

Na Lin is well aware of the practice, and says she knew that Chen did things like that. But growing up in such a culture and seeing how friends and family successfully established their businesses through biaohui blinded her judgment. Every month, she fed Chen with cash payments until one day, Chen disappeared.

That day came last January, when the loan she invested in was about to mature. Na Lin called Chen in the morning to collect her money. Chen agreed to pay. In the afternoon, Na Lin called again. Chen had turned off her cellphone. That night, Na Lin tried various way to contact her. All failed. Two days later, she and several other members knocked on Chen’s apartment. The landlord answered the door, telling her that Chen, along with her husband and children, had moved out.

Na Lin was shocked. In the past three years, she had contributed nearly $100,000 to Chen’s three funds. Some members had invested more. The total loss among the 10 of them was estimated at $2 million.

Rumors of Chen’s whereabouts varied. Some thought Chen had gone back to China. Some heard she had brought her whole family to Florida. But no one could confirm anything. Na Lin said if other members had found her, they wouldn’t tell her because everyone wanted to be the first to recover their money.

A few days after Chen’s disappearance, Na Lin and 10 other victims met with two police officers at BCIA’s office, hoping the police could help them locate Chen and get their money back.

“There’s nothing we can do,” said Tommy Ng, New York Police Department’s deputy inspector and commanding officer of the Manhattan Chinatown precinct. The police department does not intervene in contract term violation, explained Ng, not to mention those were verbal contracts.

Besides, lending money out at a 20 percent interest rate is a civil violation. Under New York’s usury laws, unlicensed nonbank lenders may not charge more than 16 percent for personal loans of $25,000 or less.

“This is too good to be true. You want to earn a high return without a record, you should be ready to take the risk,” Ng said.

It has been a year and three months since Chen’s loan club collapsed. Na Lin seemed to make peace with herself, accepting the reality that she would never get her money back from Chen.

“I can only hope that she’s making more money with the money she took from us. And that one day she will listen to her conscience and decide to give the money back to us,” Na Lin said.

But what happened last year hasn’t deterred her from putting her money in loan clubs. She has been investing in with another friend of hers. 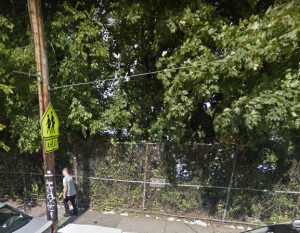