When Marine Park-native Debbie Burke first pitched her upcoming novel “Glissando: A Story of Love, Lust and Jazz” to a spreadsheet’s worth of publishers and literary agents, she was stunned to receive a positive response from one of them the very next day.

The business and lifestyle editor had been prepped by an onslaught of internet advice telling would-be authors they might have to wait months for a reply…or they might not even get one.

“I wrote this book to show how a 50-plus-year-old career woman can find herself moonstruck, completely mesmerized after living what she thinks is a full life already,” said Burke.

“Glissando,” named for a note in jazz music that has a sexy slide downward, is a “sharp slice of middle-aged angst and re-discovered lust, set against a jazz backdrop,” she says. The protagonist becomes drawn to a very-married trumpet player who leads a jazz quartet. Just like a glissando note, she finds herself in a dangerous descent.

The novel will be released in July of next year by Waldorf Publishing.

Pre-publication reviews of Glissando have already been strong, including this one from New York Times’ bestselling author Michael Levin: “’Glissando’ is fun and feels very real. Ms. Burke knows her stuff.” Jazz radio host and vocalist Lezlie Harrison at WBGO-FM (Newark) calls it “a supreme jazz love story that swings with a deep appreciation for the music and its practitioners.”

Her next step includes attending Book Expo America at the Javits Center in New York City later this month, where she will meet with book buyers and other authors. She will also continue her speaking engagements about the book like last month’s radio interview on WUSB-FM (Stony Brook, N.Y.) and the Entrepreneurship Panel at East Stroudsburg University in Pennsylvania.

Burke is originally from Brooklyn, and moved to the Pocono Mountains 20 years ago. She started playing alto saxophone in 2006. She has a broad career in print, publicity and journalism, and has served as a business and lifestyle editor. 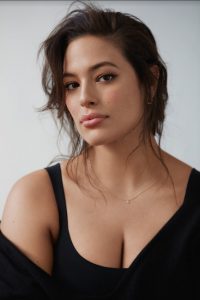