Highland Park and other fine sights in Cypress Hills Do you know the way to Highland Park?

And we don’t mean the affluent North Shore Chicago suburb.

That name is shared by a city park with a stunning reservoir and a fascinating mini-neighborhood that’s part of Cypress Hills, Brooklyn. 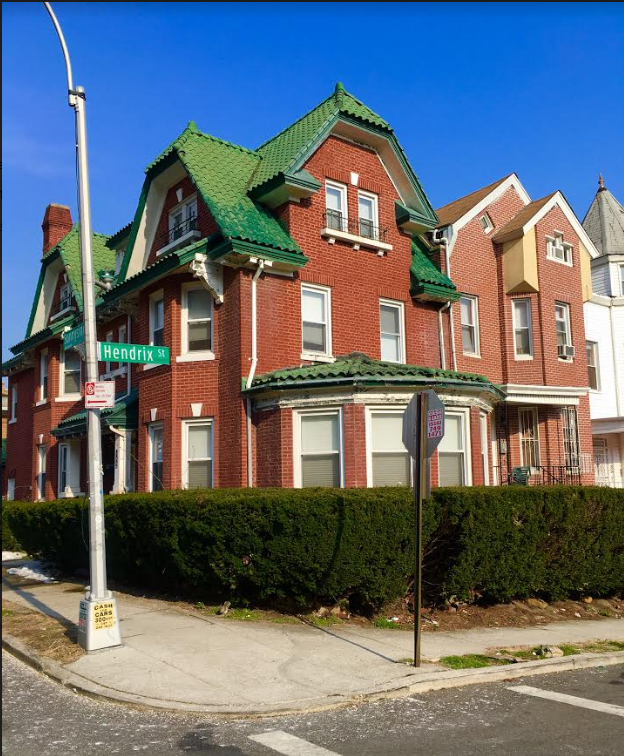 There are eye-catching mansions in the neighborhood called Highland Park — plus Our Lady of Mount Carmel & St. Joseph Carmelite Monastery — on Highland Boulevard. On parts of Sunnyside Avenue, homes have mountainously steep front yards that call to mind San Francisco’s terrain. Both streets are intersected by Miller Avenue, which is so breathtakingly steep, you’ll think you aren’t in Brooklyn.

By the way, the Roman Catholic Diocese of Brooklyn, New York bought the monastery property for $2.6 million in 2003 from the Society of the Franciscan Fathers of Greene, Maine, city Finance Department records indicate.

There are actually five buildings on the property that the Diocese purchased. Some of them are used by the monastery, whose address is 361 Highland Boulevard.

And a building that uses 341 Highland Boulevard as its address is the Pope John Paul II House of Discernment. It’s a residence for men ages 20 to 40 who are in college or working and want to figure out whether they should enter the seminary to study for the priesthood. The New York City park called Highland Park is partly located on a dizzingly high ridge, with tennis courts and sports fields down, down, down far below. The jewel in the park’s crown is the Ridgewood Reservoir, whose gate was locked the other day when we made a visit. Nevertheless, it was a dramatic sight — a glittering pond surrounded by tall brown grasses that made creaking noises when the breeze blew.

On Cypress Hills streets outside the Highland Park area, there’s old-fashioned architectural eye candy at every turn. Arlington Avenue is an especially rewarding place to walk.

For starters, Arlington Library, built more than a century ago with philanthropist Andrew Carnegie’s money, is at 203 Arlington Ave. Its meticulously renovated interior has two dramatic staircases, a fabulous fireplace and wonderful wood paneling. One fine home at 124 Arlington Ave., on the corner of Schenck Avenue, is up for sale at an asking price of $2 million, according to online postings. The listing broker is Brooklyn Realty Group LLC. Finance Department records identify the current owner of the house as Gladys Unigarro.

The brick house was built at the beginning of the 20th century and was the home of builder Henry Meyer in 1913, a Brownstoner.com story by architectural history expert Suzanne Spellen says. It has a Colonial Revival façade on its Schenck Avenue side and a Dutch gambrel roof.

Various homes on this street are under renovation, for instance, at 235 Arlington Ave., on the corner of Cleveland Street, where there was a fire in 2013, city Buildings Department records indicate. The handsome house last changed hands in 1978, when it was purchased by Levaniel Wooten and Carethey Wooten, Finance Department records show.