Brooklyn’s legal community came together on Thursday to celebrate the Red Mass, a service for the start of the new legal season. Pictured from left: President of the Brooklyn Women’s Bar Association Sara Gozo with President of the Catholic Lawyers Guild of Kings County Hon. Lizette Colon. Eagle photos by Rob Abruzzese

To celebrate the start of a new legal season, the Catholic Lawyers Guild of Kings County and the Columbian Lawyers Association of Brooklyn co-sponsored the Red Mass at the Saint James Cathedral-Basilica in Downtown Brooklyn last Thursday.

Nearly 200 lawyers, judges and court employees packed the Church for the non-denominational Mass.

“The Red Mass is a tradition dating back to England,” said Dean Delianites, president of the Columbian Lawyers Association. “It is a time to celebrate the opening of the new judicial term.” It’s also an opportunity for members of the judiciary and the bar to reflect upon our mission, which is to administer justice to all the citizens of the borough of Brooklyn fairly, impartially and humanely.”

The practice goes back to 13th Century Europe, where a Votive Mass was held in honor of the Holy Spirit. It came to the U.S. in 1928 when Cardinal Hayes of New York first called the legal profession, including Catholics, Protestants, Jews and anyone of good faith, together at St. Andrew’s Church in Manhattan. The Mass has become an entrenched tradition locally in Brooklyn where the two groups celebrate it in Downtown Brooklyn near the courthouses every year.

“Brooklyn is a unique borough in New York City,” Delianites explained. “The judiciary, the attorneys and the court personnel all work together. There is a real feeling of comradery and I think it’s because Brooklyn is such a diverse community. We’re all very mindful of how busy and difficult a task this can be at times, and I think that helps bring so many people from different backgrounds together.” 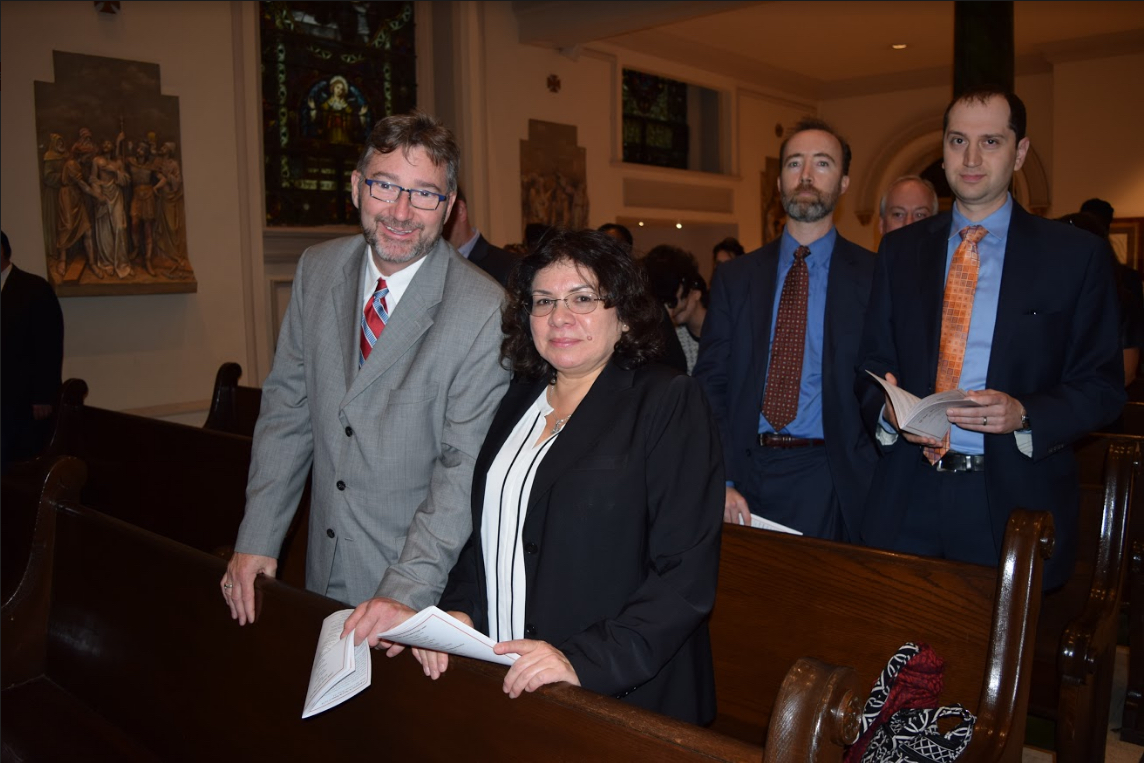