Captain America is just a kid from Brooklyn after all

August 11, 2016 By Andy Katz Special to the Brooklyn Daily Eagle Captain America in bronze, a sculpture by Dan Cortes, raises his shield. Eagle photos by Andy Katz
Share this:

“He has survived World War II, Vietnam, Watergate, the Pet Rock and 9/11 to remain an icon,” Marvel Editor-in-Chief Axel Alonso reminded those who gathered, many of whom wore clothing adorned with the superhero’s familiar red, white and blue shield emblem.

The 11-foot bronze statue, designed by artist Dan Cortes, was commissioned to honor the character’s 75th anniversary. Brooklyn Borough President Eric Adams, on hand for the formal unveiling, compared it briefly to the Statue of Liberty. “We are great because of [our] diversity,” he said, before reading a proclamation to “designate this day as Marvel’s Captain America Day in Brooklyn, USA.” After a ribbon-cutting ceremony presided over by Adams, Alonso and a fully costumed Captain America, fans were free to visit booths where they might have pictures taken alongside the live version, create their own abstract versions of his iconic shield, have their faces painted with superhero symbols or even receive special edition copies of the comic signed by artist Chris Sotomayer.

“I was born in Brooklyn,” Michele Rosenberg said, clutching her freshly autographed copy. “Then I lived elsewhere for a long time, so this is special to me.” The statue, a joint venture between Marvel and Comicave, was originally presented earlier this year at ComicCon in San Diego. It will remain on display in Prospect Park until Aug. 24, before a new assignment places it on patrol in front of Barclays Center.  Its final destination for 2016, according to Bari Fagin, director of brand integration, video and promotions for Bed, Bath & Beyond, will be a centerpiece for the grand opening of the their massive new location in Liberty View Industrial Plaza.

“We have the entire second floor,” she said, “more than 100,000 square feet. We think it’s going to be really exciting for Brooklyn to have it there.” Possibly the most patriotically inspired of superheroes, Captain America debuted in March of 1941, the creation of cartoonists Jack Kirby and Joe Simon. Captain America’s alter ego is Steve Rogers, a frail young man transformed by an experimental elixir created for the U.S. military. Because Captain America fought Axis villains prior to America’s entry into World War II, he was a controversial character to some.

Gradually losing popularity due to changes in post-war taste and culture, Captain America was revived by Marvel in 1964 and has been in print continuously since then. In 2014 IGN Entertainment declared Captain America Marvel’s second best superhero, behind only Spiderman. 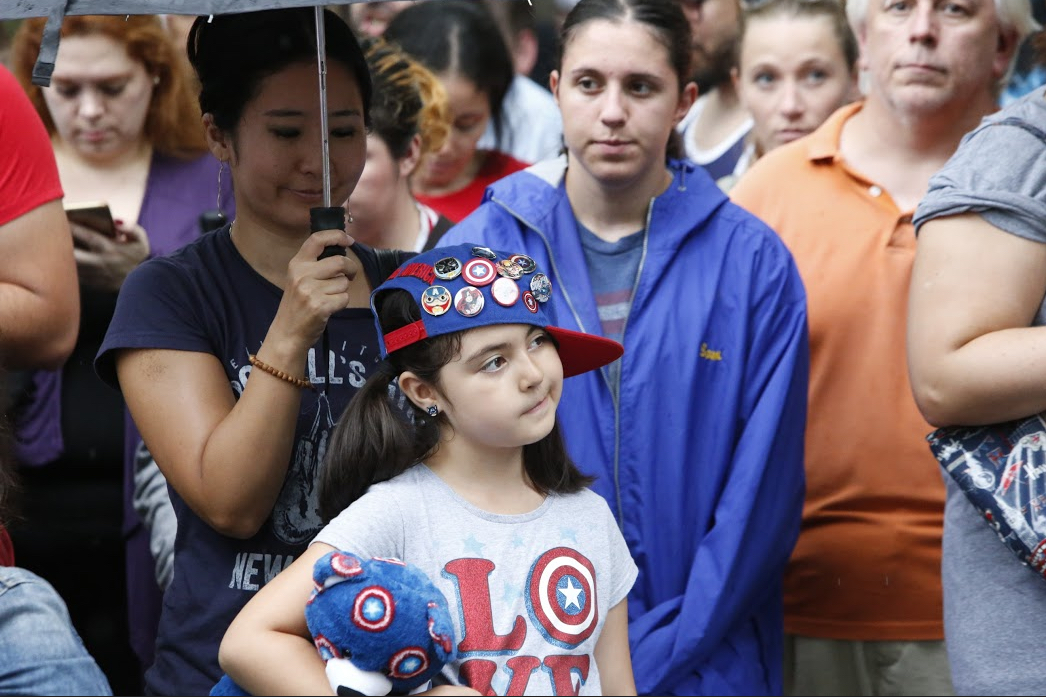