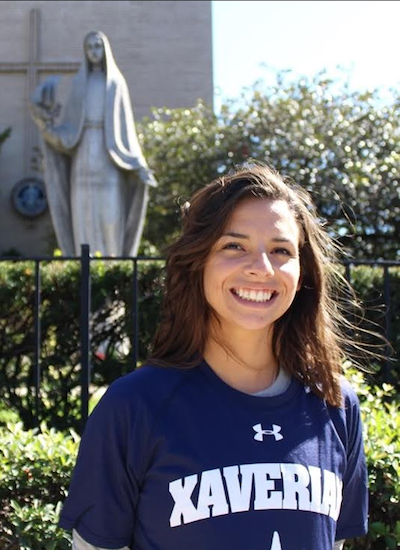 The girls’ soccer and lacrosse teams will be coached by Erin Kennedy. Photos courtesy of Xaverian High School

Xaverian High School, a Catholic school that will be going co-ed in September of 2016, is busy laying the groundwork for a female sports program.

Robert B. Alesi, president of Xaverian High School, at 7100 Shore Road, announced on Oct. 22 that the school has hired sports coaches for girls’ teams.

Alesi said three key positions within the high school girl’s athletics program have been filled and are an important step in Xaverian’s expansion into a co-education institution at the high school grade level.

Margaret McKeon joins Xaverian as girls’ basketball coach and assistant athletic director. Mark Biancoviso is coming aboard as the softball coach. Erin Kennedy will serve as girls’ soccer and lacrosse coach. She will also serve as a physical education instructor and biology teacher.

“I can’t think of a better group of professionals to serve as the foundation for Xaverian’s girls’ athletics program. Even more important than these coaches’ impressive records is their commitment to molding student athletes into successful, confident, young adults who understand the values of teamwork, dedication and perseverance, both on the fields and courts, and in the classroom,” Alesi said in a statement.

Xaverian High School, established in 1957 by the Xaverian Brothers, a Catholic religious order, has had an all-male student body in high school grades (9, 10, 11 and 12) throughout its history.

Earlier this year, the school announced that starting in 2016, it will admit female high school students.

McKeon, a graduate of St. John’s University, said “I am very excited for the opportunity to join the Xaverian community in this new venture to build a girls athletic program and winning basketball program from the ground up.”

Biancoviso serves as vice president of the Staten Island chapter of the Saints Fastpitch Softball Club. Biancoviso, who attended State University of Albany and College of Staten Island, managed a team that played in the New York Downstate Championship and the 2015 U.S. Specialty Sports Association’s World Series National Championship.

“I’m very excited to become part of the Xaverian family. It’s a great Catholic school with an administration that is committed to the full academic, athletic and spiritual development of its student athletes. I can’t wait to get on the field and be part of the changes underway at Xaverian,” he said

Kennedy holds a bachelor’s degree in kinesiology/exercise science from Manhattan College, where she was a dual sport Division 1 athlete in soccer and track. She is currently pursuing her master’s degree in adolescence education at the College of Staten Island.

Prior to joining Xaverian, Kennedy worked as a strength and conditioning coach where she had the opportunity to work with members of professional football, hockey, soccer and baseball programs.

Kennedy currently coaches two teams, U9 and U16, with Staten Island United, a travel soccer program. She also serves as director of DK3 Academy, a travel lacrosse program in Staten Island that focuses on placing high school players in college.

“To be given the opportunity to help shape the girls’ soccer and lacrosse programs is so exciting,” she said.