These ‘homes’ are just heavenly

Green-Wood mausoleums house the rich and famous — and dearly departed Welcome to Green-Wood Cemetery, which opens the doors of numerous historic mausoleums once a year for a “house tour.”
Share this:

In some of Brooklyn’s finest residences, the occupants sleep in heavenly peace.

These elegant “homes” are the historic mausoleums of Green-Wood Cemetery, a prime address for the rich and famous — and dearly departed.

In building the fabulous tombs, “people were trying to outdo their neighbors,” Luke Spencer, a volunteer docent, told visitors to Joseph C. Hoagland’s mausoleum this past Sunday.

The dignified building that is Hoagland’s final resting place is on one of the most prestigious lots in the cemetery because of its stellar views, Spencer said. It sits on a hilltop overlooking  lovely lakes and a chapel designed by Warren and Wetmore, the architecture firm that designed Grand Central Terminal.

The inside of Hoagland’s final resting place has a touch of extra glamor. Its ceiling is covered with shimmering mosaic tiles that are the soft blue of the sky on a sunny day, laced with lines of gold.

Hoagland, who died in 1899, had made his fortune from the business he and his brother Cornelius started, the Royal Baking Powder Co.

The two men were founders of the Shelter Island Yacht Club.

Hoagland’s mausoleum is one of 14 beautiful tombs, plus a burial building with 30 rooms known as the Catacombs, that Green-Wood opened for public viewing on Sunday for its annual “house tour.”

That’s what Green-Wood officials call the event, which about 450 visitors attended.

“It’s a great way to get people out on the grounds and to let them see some spectacular interiors of our tombs,” said Jeff Richman, the historian of the famous Greenwood Heights graveyard, which was founded in 1838.

Speaking of spectacular, there’s a pair of angels sculpted on the wall inside Thomas Clark Durant’s tomb, holding a crown over a statue of Jesus.

Durant, who was in the railroad business, helped California Governor Leland Stanford drive the ceremonial golden spike that connected the two ends of the Transcontinental Railroad in 1869.

This year’s Green-Wood tomb-visiting event took place right before an important city Landmarks Preservation Commission (LPC) hearing that’s scheduled for Thursday. In 1981, commissioners discussed whether or not Green-Wood should be designated as a city landmark — but never made a decision.

In September, Richard Moylan, Green-Wood’s president, told the Brooklyn Eagle in a statement that he opposes the landmarking of the entire graveyard. Green-Wood has been working with LPC staffers to identify “architecturally significant Green-Wood owned structures” whose landmarking he would be willing to support.

Attendees at Sunday’s tombs tour received maps of the 478-acre cemetery with the locations of the open-for-the-day mausoleums  pinpointed on them, and either walked the route or rode the Green-Wood trolley.

Volunteer docents shared info about the illustrious dead who are interred in the mausoleums.

Stephen Whitney, whose tomb looks like a chapel with stained-glass windows, was the second richest man in New York at the time of his death in 1860.

John Taylor Johnston, whose family built an Egyptian Revival-style tomb in the 1840s, is actually buried beneath the lawn outside it. He was the first president of the Metropolitan Museum of Art.

One particularly eye-catching tomb is the burial place of Lispenard Stewart, a state senator who died in 1927.

Some families deployed famous architects to design their tombs.

The tomb of industrialist David Stewart, who died in 1891, is decorated with bronze reliefs of angels that were created by famed architect Stanford White and sculptor Augustus Saint-Gaudens.

By the way, Stewart was the father of Isabella Stewart Gardner, who founded the Boston art museum that bears her name.

After days of storms and rain, Sunday’s weather turned sunny as the afternoon progressed. It turned out to be an ideal day for Brooklynites to stroll through the stunning graveyard.

Richard and Teresa Urban brought serious cameras with them for photographing the tombs.

“It’s just so interesting,” Richard said of Green-Wood. “It’s not like other cemeteries, which have everything laid out in a straight line.”

The Bensonhurst couple plans to get burial plots at Green-Wood, his wife said.

“It’s a beautiful place,” Teresa said. “People will come visit us and make a day of it.” 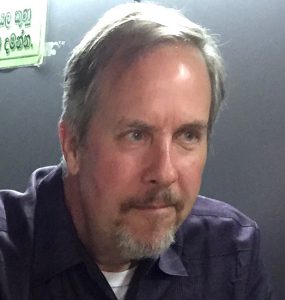