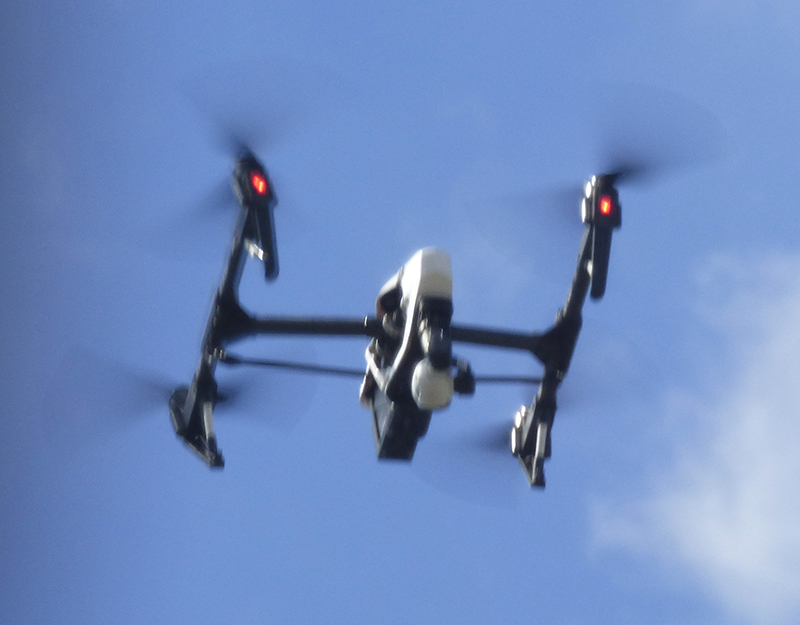 This drone was peering into hi-rise windows in Brooklyn Heights Thursday afternoon. Photos by Mary Frost
Share this:

Office workers and Brooklyn Heights residents were shocked on Thursday to look out of their high-rise windows only to see a drone peering in at them.

“I saw it from the corner of my eye,” said Alice Peters, business manager of EBrooklyn Media, which owns the Brooklyn Eagle and other newspapers.

The drone hovered just outside her 30th-floor office window “for just a second,” she said.

At first she thought it was a toy. “Then I saw the camera piece and I thought ‘That’s a little freaky.’ You don’t know what they’re capturing with their cameras.

“It could have been any of those people’s homes right there,” she said, pointing out the window to a nearby apartment building. “It’s an invasion of privacy.”

The Eagle’s cameras captured images of the unmanned aircraft hovering outside several floors of 16 Court St. and swooping through the air over Montague Street near Court Street.

The drone operator was seen to be standing on the roof of 189 Montague St., an now-vacant office building owned by the Treeline Companies. After several minutes, he brought the machine down. In February, the FAA drafted new rules to regulate drones. These include the requirement that the drone operator obtain a license, remain in direct line of sight with the drone, avoid operating the drone over bystanders and limit speeds to 100 miles per hour.

Thursday’s drone violated at least one of these proposed rules as it flew over the heads of the Montague Street crowds on the sidewalks below. 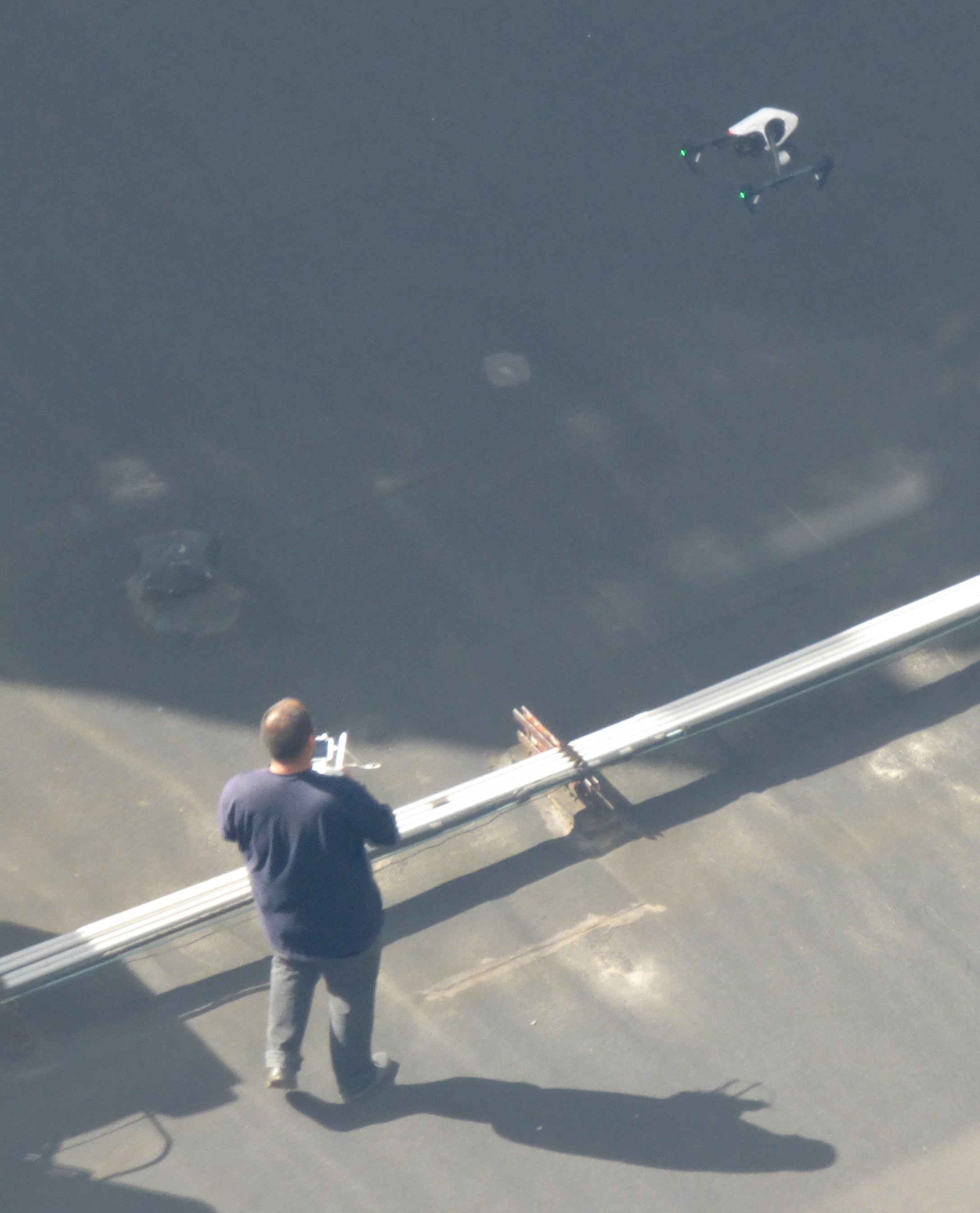 Update: On Friday, NYPD spokesperson Sgt. Brendan Ryan told the Brooklyn Eagle that the police, after conducting an investigation, discovered that the drone belonged to a real estate architect doing work at 189 Montague St., which is scheduled to be demolished.

“He was using it to take photos for his architectural work,” Sgt. Ryan said.

Cops issued a criminal court summons to the drone operator, who was not named, and vouchered the device. The operator is due to appear in court to answer charges under Public Safety Law 10-126, which covers “avigation in and over the city.”

The Eagle’s report on the Brooklyn Heights drone hit a nerve across the city.

ABC also followed up with their own report, as did Telemundo and numerous blogs and online magazines. 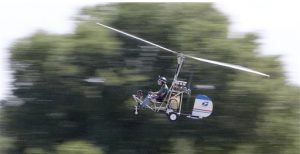 For Persian delicacies, Prospect Heights is the place to go