The audit also revealed that NYCHA drastically underreported data on its maintenance backlog; failed to properly train staff to get rid of mold, mildew, and excessive moisture;  and fell dramatically short when it came to meeting its own deadlines for repairs.  “For the 400,000 New Yorkers who live in NYCHA housing, the authority’s handling of repairs is a case study in mismanagement,” Stringer said. “There is a backlog of over 50,000 repairs — including thousands that have been ignored for over a year.

“During our audit we learned of one tenant who had a leaky ceiling that was so bad that she had to cancel Christmas, and another who had to deal with a leak for more than a decade,” he said.

According to the numbers that NYCHA provided to the Comptroller’s Office, three Brooklyn housing projects had the biggest backlogs as of July 2014.

Stringer proposed a four-part reform agenda for the authority, which includes:

In February 2013, according to Stringer, NYCHA established a new policy of closing “non-emergency” work orders if residents are not home when NYCHA attempts one time to make repairs. This policy, according to the Comptroller’s Office, reduced the backlog of repairs on paper, without fixing a single problem for those residents who were at work or otherwise not available when NYCHA finally appeared to make repairs.

While NYCHA reported it had approximately 84,500 work orders open as of July 31, 2014, said Stringer, that figure understated the total number of work orders it had open by more than 50,000.  The 50,000 figure included nearly 31,000 inspection work orders, close to 17,000 preventive maintenance work orders and around 3,400 violation work orders.

“Making problems disappear on paper, while leaving residents to deal with leaky plumbing, faulty wiring and falling plaster is the worst kind of magic trick,” commented Stringer. “Creative accounting is simply not the solution.”

In order to see what tenants would have told NYCHA if they had been asked, the Comptroller’s Office sent more than 3,000 surveys to NYCHA residents. The results, say Stringer paint a conclusive picture of mismanagement:

∙ Nearly six in 10 respondents indicated repairs were not completed in a timely manner;

∙ More than 45 percent of respondents were unsatisfied with the work done;

∙ Forty-two percent of respondents indicated repairs had not been completed;

∙ And in 21 percent of cases, NYCHA did not show up for scheduled appointments.

“NYCHA must start listening to tenants, fixing apartments and changing the way that it does business,” Stringer said. “I encourage the current NYCHA leadership team to make good on their promise to turn the agency around and I ask them to embrace transparency and accountability.”

Jean Weinberg, NYCHA chief communications officer, responded, “The comptroller is recycling old news on NYCHA’s maintenance and repairs. Rather than reviewing outdated data, we welcome common-sense solutions and ideas that will improve the quality of life for our residents.” 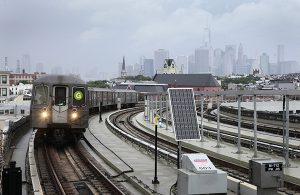