By all accounts, Brooklyn Bridge Park is a smashing success. With its remarkable waterfront vistas, the park, which stretches from Pier 6 near Atlantic Avenue, to Jay Street in DUMBO, attracts huge numbers of people every year — both New Yorkers and tourists.

Among its features are active recreations, outdoor film showings, the historic Jane’s Carousel, a picnic area, a waterfront area, playgrounds, a walking/biking path, food vendors and more. In its northern end, the park incorporates the former Empire-Fulton Ferry State Park, which was extensively redeveloped after acquisition.

The park has entrances at Atlantic Avenue (Pier 6), Joralemon Street, Squibb Bridge (temporarily closed), Fulton Ferry (Pier 1), and multiple entrances in DUMBO, where the park is closer to local streets and not separated by the BQE, as in its lower portion.

However, as Steve Rothman, a governor of the Brooklyn Heights Association (BHA) and chairman of the Brooklyn Bridge Park Working Group, says, there is much more traffic leading up to the park, both pedestrian and auto, then was originally anticipated.

“The park’s final EIS [Environmental Impact Statement] was based on a much lesser number of visitors to the park,” he said.

Prompted by concerns over safety problems and traffic tie-ups, the Department of Transportation (DOT) made several traffic improvements in recent years to the streets leading up to the park. Among them are:

Overcrowding has particularly given rise to concern along narrow Joralemon Street, particularly the picturesque, cobblestone stretch between Hicks Street and the park. The city DOT’s website reveals that on an average weekday, the street sees 2,240 pedestrians and 1,310 motorists. On an average weekend day, it sees 2,833 pedestrians and 969 motorists.

One plan that has considerable local support would close the intersection of Joralemon and Furman streets to vehicular traffic, according to Rothman. This would force cars heading west on Joralemon to go south to wider Atlantic Avenue and head to the park from Atlantic instead.

In 2005, the BHA said in a statement, “This fragile, historic, cobblestone street must be protected from excessive vehicular traffic, both during the park’s construction, as well as once the park is open.”

The Willowtown Association, representing the southwest area of the Heights, also believes the current situation isn’t acceptable. Linda De Rosa, president of the association, said at a meeting of Community Board 2: “It’s our suggestion, as well as what we have seen from the DOT, that Joralemon Street should be a placid gateway for park visitors without the dangerous conditions that exists now …We sincerely hope DOT’s decision will be to close the end of the street.”

In general, the wishes of the Willowtown and greater Heights communities are well known, and we hope the DOT will abide by their wishes. As for the bike path down Joralemon Street, it will be interesting to see what kind of response that gets, but it’s sure to get people’s wheels spinning. 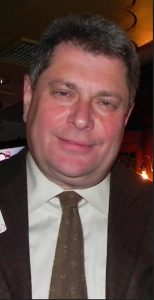