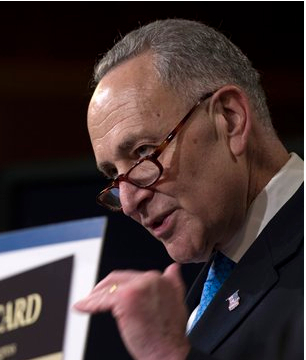 Schumer noted the arrests this week of three Brooklyn men on charges they conspired to join ISIS in Syria or carry out attacks at home. If they were on the terrorist watch list, the bill Schumer’s backing would have prohibited them from buying firearms or explosives.

The watch list prevents individuals from flying on airplanes into and out of the country.