Mathylde Frontus received a $5,000 grant from the USA Network for her community service in Coney Island. The award presentation took place at Gargiulo’s Restaurant. Photo by USA Network/ Eugene Gologursky
Share this:

A Coney Island civic leader who founded an organization 10 years ago to help the people of her community find jobs and housing has been nationally recognized by a cable television network for her work.

Mathylde Frontus, founder and executive director of Urban Neighborhood Services, received a $5,000 grant from the USA Network as part of its Characters Unite Campaign. USA Network representatives presented the check to Frontus at a dinner at Gargiulo’s Restaurant on Nov. 17.

With its Characters United Campaign, the USA Network recognizes volunteer work done at the community level. USA Network, along with its distribution partners, selected 10 honorees for the award this year.  Characters Unite, a play on words of the network’s famous “characters welcome” slogan, is USA’s multi-platform public service campaign to address social injustices and bridge cultural divides. Winners receive grants that allow them to continue their work. They are also featured in public service announcements that are aired on the USA Network.

The work Frontus has done drew the attention of the cable network, according to Fred Haug, project director for the USA Network’s Characters Unite Campaign. “We looked at hundreds of nominations. But for me, hers really stuck out,” Haig told the Brooklyn Eagle. “It was obvious that community service volunteering is in her DNA.”

Frontus, 36, was modest about her award. “I’m just glad the organization is getting recognition. I think the award has raised our profile. We can be introduced to more people,” she told the Eagle.

Frontus, a social worker who has Masters Degrees from Harvard, Columbia, and NYU, said she founded Urban Neighborhood Services “to try to help people help themselves.” The organization, which operates out of an office on Mermaid Avenue, offers anti-violence programs, job placement assistance, housing services, college prep classes, health advocacy, youth leadership training and veterans programs. The group helps an estimated 10,000 residents a year. “I consider us a ‘go to’ agency,” Frontus said.

“I decided 10 years ago that while there were social-economic factors in my community of Coney Island that I couldn’t change singlehandedly, there were some things I could do to help people,” said Frontus, who is currently working toward her PhD in social work at Columbia University.

The oldest of four children born to a Haitian immigrant couple, Frontus is originally from Crown Heights. Her family moved to Coney Island several years ago.

Frontus has had a positive impact on her community, Haug said. “When you think about what she has done, it’s amazing,” he said.

The awards dinner at Gargiulo’s drew more than 100 people, according to Haug, who said everyone from elected officials to community leaders came to praise Frontus.

Frontus said she was grateful to see so many of her organization’s clients there. “That meant a great deal to me,” she said. 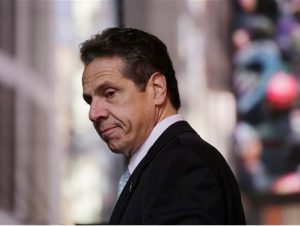