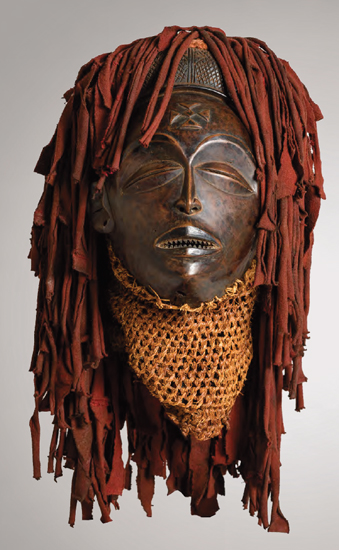 Chokwe Female Mask (Mwano Pwo), Chokwe People, Angola, Democratic Republic of the Congo, Zambia. On Oct. 3, Borough Hall will showcase works from the Bedford Stuyvesant Museum of African Art, as part of a tribute to Nelson Mandela.
Share this:

“Brooklyn is the center of the universe, so it is only fitting that we bring artwork from across the globe for all Brooklynites to see,” said Adams. “Brooklyn Borough Hall is a public space, and it should reflect the many cultures that make up our borough. Part of the cool factor behind the ‘Brooklyn Brand’ comes from our affinity for other cultures and our inclusion of the groups that make up the world’s population; these exhibitions of African art help to further that brand.”

The exhibition from the Cultural Museum of African Art will commence with a gala reception in Brooklyn Borough Hall on Sept. 30, featuring some artifacts dating back 4,000 years, traditional African musicians and dancers, as well as foreign dignitaries and officials from the United Nations.

“It is very important that we all know the contribution of Africa and its people to the world. Scientists, paleontologists, and anthropologists agree that Africa is the cradle of civilization; we are all brothers and sisters, black, white, yellow and brown,” said Eric Edwards, art collector and founder of the Cultural Museum of African Art. “In particular, our African descended children of a darker complexion must know this history, it would build citizens of greater pride and responsibility, which we all certainly would benefit from, so we must all ‘Celebrate Africa’ and work in commerce and with love.”

On Oct. 3, Borough Hall will be the site of second gala showcasing works from the Bedford Stuyvesant Museum of African Art. Connected with their exhibition will be an African dance flash mob in Borough Hall Plaza at 1 p.m. on Oct. 1.

“I am excited that Brooklyn Borough President Eric Adams and Deputy Borough President Diane Reyna are supporting the special music and dance tribute to Nelson ‘Madiba’ Mandela on Friday, Oct. 3,” said Vira Jones, executive director and founder of the Bedford Stuyvesant Museum of African Art.  “This emerging African art museum will be the pride of Brooklyn. The Museum’s goal will be to educate the public about the outstanding contributions that Africa has made to the world through its art, people, music, food and culture.”