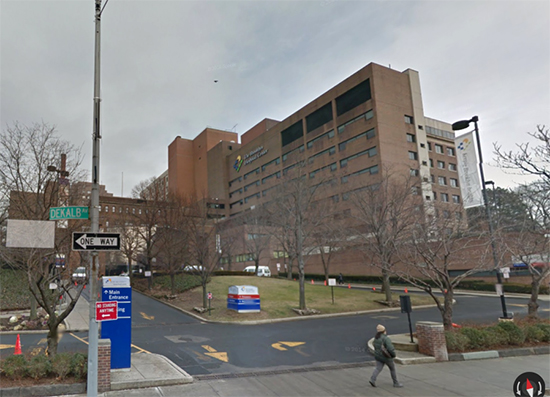 The battle by health care providers for the Brooklyn territory once served by now-shuttered Long Island College Hospital (LICH) continues.

The Brooklyn Hospital Center has become a clinical and academic affiliate of Mount Sinai and its school of medicine (The Icahn School of Medicine at Mount Sinai), the institutions said Thursday.

The affiliation agreement is not a merger. Both institutions will remain independent of one another, and there are no financial integrations or commitments, a source said. Brooklyn Hospital Center has ended its affiliation with the New York-Presbyterian network.

“We are excited about integrating our networks of physicians and services into a connected system that will provide top-quality care across a full spectrum of preventive, primary, emergency and highly specialized care,” Dr. Richard B. Becker, president and CEO of Brooklyn Hospital Center, said in the statement.

“The Brooklyn Hospital Center will be an important partner as we work together to transform the delivery of healthcare in our state,” said Dr. Arthur A. Klein, MD, president of the Mount Sinai Health Network. “Our new affiliation will allow us to expand our strategies in population health management as well as deliver even more advanced and specialty care options to our patients through the Mount Sinai Health System.”

With the passage of the Affordable Care Act and the closure of major hospitals, the state is placing new emphasis on primary and urgent care centers. Mount Sinai already operates a walk in urgent care center on Cadman Plaza West in Brooklyn Heights.

LICH, which was closed by SUNY after a long and bitter legal battle, served an area from Red Hook to Williamsburg, including booming Downtown Brooklyn. ERs across Brooklyn have become overwhelmed since LICH closed, and both Brooklyn Hospital Center and New York Methodist in Park Slope have plans to enlarge their emergency departments.

The affiliation has been mulled for at least six months. During the bidding war for the LICH complex, Mount Sinai agreed to partner with Brooklyn Hospital to offer ambulatory care, according to Dr. Becker, who described the partnership at a meeting in Red Hook in March.

As part of the winning bid, NYU-Langone said it would be operating ambulatory care services on the LICH site. Lutheran Medical Center also plans to provide services as part of the deal.

NYU-Langone’s plan called for it to take over operation of the vestigial walk-in ER on September 1. That move has been held up, however, because of a legal dispute between NYU and LICH nurses.

As part of the Fortis bid, NYU promised to hire nurses who worked at LICH when they took over operation of the ER. The New York State Nurses Association (NYSA) says that didn’t happen, however.

A hearing is scheduled for Sept. 18 in state Supreme Court before Justice Johnny Lee Baynes, who has been overseeing the LICH litigation for almost two years.

On Thursday, elected officials stood by the LICH nurses.

“NYU-Langone Medical Center and Fortis Property Group are already failing to live up to the commitments they made in their bid to purchase Long Island College Hospital,” state Sen. Daniel Squadron, City Councilmembers Steve Levin, Brad Lander and Carlos Menchaca and Assemblymember Joan Millman said in a statement.

The officials said that NYU’s refusal to follow through “does not bode well for their ability and willingness to live up to this and the rest of their commitments to our communities, workers, and patients.  How can we trust any other promises they’ve made, when they renege on the very first one?”

Other health care providers are making inroads into LICH territory as well. An integrated physicians group collaborating with Weill Cornell Medical College has opened a primary care center on Joralemon St. in Brooklyn Heights and another in Fort Greene.

PM Pediatrics has recently opened a pediatric urgent care center on Atlantic Avenue, a couple of blocks from the former LICH.

And urgent care clinics operated by ProHEALTH are opening across Brooklyn, with the latest one on Court Street in Carroll Gardens.