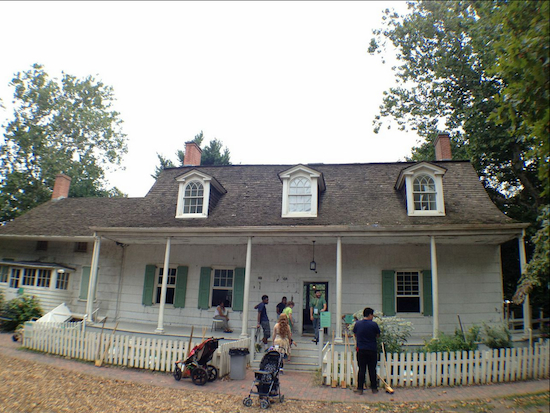 This is Lefferts Historic House, which was relocated almost a century ago to Prospect Park from private land.
Share this:

Lefferts Homestead was burned down right before the Battle of Brooklyn. By Americans.

Patriot troops didn’t want the invading British to get their hands on the family’s farm.

The white Dutch Colonial building that replaced the farmhouse was constructed before 1783, and was located near present-day Flatbush Avenue and Maple Street, according to Prospect Park Alliance’s website. In 1917, John Lefferts’ estate said the city could have the house — if it were relocated to city property, according to the Historic House Trust of New York City’s website. And that’s what happened.

Lefferts Historic House, which is now a museum, is situated in the Children’s Corner of Prospect Park, near the convergence of Flatbush and Ocean avenues and Empire Boulevard. Families and kids keep things lively at the historic house.