Crown Heights has surpassed Flatbush as the Brooklyn neighborhood with the highest number of multifamily transactions and the demand is pushing up prices for apartment buildings in the area.

The average price per square foot for multifamily buildings sold in Crown Heights increased 20 percent to $166 and the average price per unit jumped 36 percent to $136,497 in the six months ended March 2014 compared to the same period last year, Ariel Property Advisors’ Multifamily Quarter in Review: New York City Q1 2014 shows. While multifamily transactions in Crown Heights remained relatively stable—17 transactions in the six months ended March 2014 compared with 16 for the same six-months ended 2013—the dollar volume of those trades spiked 249 percent to more than $87 million.

Investors are buying buildings in Crown Heights for a 4.5 percent or 5 percent return that previously traded for a 6 percent or 7 percent cap rate, with properties closer to Prospect Heights trading for more than those at the eastern end of the neighborhood. Prices also are rising for development sites, which are selling at a brisk pace.

Commercial real estate investors are flocking to Crown Heights for good reason. Safer streets, exceptional restaurants, new retail shops, and excellent transportation are drawing young people to the neighborhood who previously would have settled in nearby Park Slope or Prospect Heights.

The neighborhood’s popularity has resulted in rising rents—the average rent for a two-bedroom apartment in Crown Heights increased from $2,257 in May 2013 to $2,597 in May 2014, according to a recent report by MNS.  The rent increases are pricing some long-time and even recent residents out of the neighborhood, however, Community Board 8 officials say.

In response to the heightened interest in Crown Heights, Community Board 8 recently held its first Economic Development Forum to ask neighborhood stakeholders for their input in creating a thoughtful development strategy.  The half-day conference featured panels on real estate, business, and cultural opportunities and was held in the four-story, 140,000-square-foot former Studebaker service station at 1000 Dean Street that Jonathan Butler and his partners are converting into office space for small businesses and nonprofits, a food court, and a 400-seat beer hall.

I’ve personally been involved in the sale of more than 30 properties in and around Classon and Franklin Avenues, including a number of multifamily buildings, an entire block-front on Classon between Dean and Pacific, and a community-use condo on Classon, and was honored to serve on the Real Estate, Opportunities and Investment panel.

Because manufacturing today isn’t what it was decades ago but is smaller, leaner, and related to the technology and the creative industries, I suggested that the Crown Heights manufacturing district (a seven block area roughly bordered by Atlantic, Grand, and Franklin Avenues and Bergen Street) could accommodate new construction that would allow for affordable housing on the upper floors with light manufacturing, technology firms, and retail on the lower floors. Such development would be a win-win for the community by providing housing to residents who wish to remain in the neighborhood, while creating jobs for local residents.

Although 55 blocks of western Crown Heights were rezoned last year to maintain the existing scale and character of the neighborhood, accommodate retail along the commercial corridors, and create two inclusionary housing areas, the rezoning didn’t address the seven blocks in the manufacturing district.

Other participants on the real estate panel included Chris Havens from Apartments & Lofts, which is leasing space at 1000 Dean Street; Cassandra Smith from the Atlantic Avenue Industrial Center/Greenpoint Manufacturing and Design Center, which is developing the Atlantic Avenue Industrial Center in a former auto parts warehouse at 1102 Atlantic Avenue; and Barbara Brown-Allen from Douglas Elliman, who reported that residential sales are so brisk and inventory so low in Crown Heights that hundreds of people show up for open houses and there are multiple bids on properties.

Atim Annette Oton, chair of Community Board 8’s Economic Development Committee, kicked off the forum by noting that the district’s many strengths include its architecture, a mix of well-preserved brownstones and prewar apartment buildings that are among the most distinguished in Brooklyn, excellent subway transportation offered by the 2, 3, 4, and 5 trains, and burgeoning commercial strips.

To build on these strengths, the Community Board is seeking to  develop a tech zone and create a business incubator; develop and expand the commercial corridors including the restaurant rows of Flatbush, Underhill, Vanderbilt, Franklin, and Washington Avenues; promote diverse art and cultural activities; attract healthcare and fitness ventures; and establish and encourage green initiatives.

We’ve seen dramatic changes in Crown Heights in a very short time and with residents, local officials, and the business community continuing to work together I believe that within the next decade the neighborhood will be one of the most desirable in Brooklyn if not all of New York City. 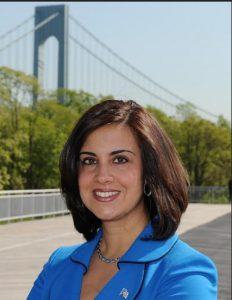 'For Locals, by Locals’ wraps series in Crown Heights