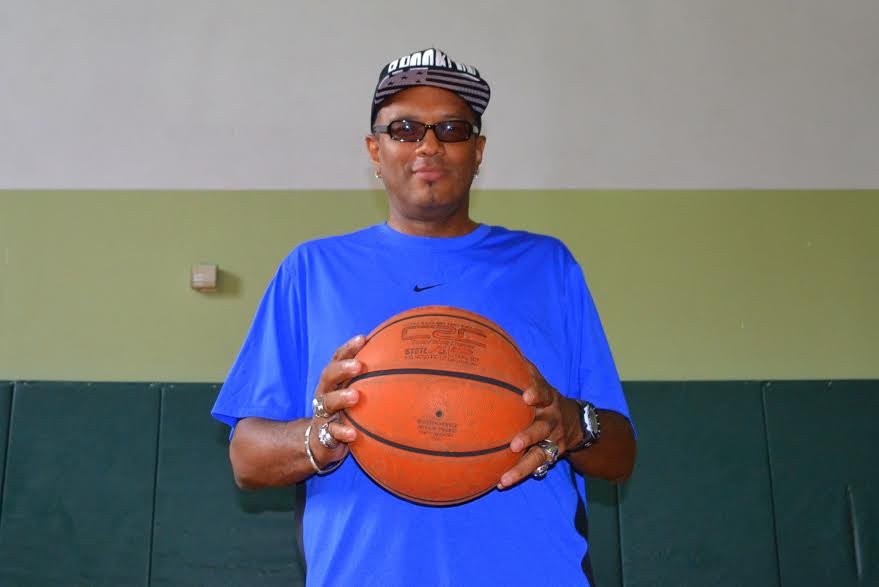 Over the past several years, Lincoln High School has become the mecca for high school basketball in New York City. Dwayne “Tiny” Morton — the man largely responsible for the team’s success over the past 19 years as the head coach of stars such as Stephon Marbury, Sebastian Telfair, Lance Stephenson and Isaiah Whitehead — has officially stepped down from his post.

It’s going to be a tough job to fill, but Lincoln thinks it has found the man for the job in Kenny Pretlow, Morton’s assistant coach for the last 12 years.

“Dwayne has teased me so much over the years about possibly leaving the school that when he finally told me that he was leaving, I thought he was joking,” said Renan Ebeid, the school’s athletic director. “When I finally sat down to think about who we might get to replace him, Kenny was one of the first people I thought about.”

Even though the decision was in Ebeid’s hands, she wanted input from Morton, whose first suggestion was Pretlow.

“He’s been with me ever since my first championship,” said Morton, who won a total of eight championships with Pretlow by his side. “He’s been there for the long haul. He’s the most qualified guy for the job. I mean, he was there with me for the buildup, so my thinking was that he should be the one to carry it on.”

In addition to Pretlow’s 12 years as an assistant at Lincoln, he has been the head coach at Brooklyn Law and Tech for the past six years and he was the JV coach and varsity assistant coach at Bishop Loughlin for eight years. He has been a coach with two AAU programs — with Riverside for more than 15 years and, more recently, with the Rens for the last three.

Pretlow, who grew up in the Farragut Projects in Fort Greene and graduated from Brooklyn Tech, got his start as a coach when he was just 17. He was playing on an AAU team when one day his coach just didn’t show up. Being the oldest player on the team, Pretlow took over and coached the team for the rest of the year. After that, he immediately started coaching a CYO team and it kept getting more and more responsibilities.

Despite his long track record as a coach, Ebeid said the decision ultimately came down to how well he handles the kids.

“He is responsible with the kids and making sure that they are where they should be and have what they need,” Ebeid said. “I wasn’t worried so much about the X’s and O’s of basketball. I wanted someone that was going to be good with the kids and knew how to handle them, and over the last 12 years, we’ve seen that from KP — so we know that we’re in good hands.”

It’s not going to be easy taking over for Morton and keeping the program at a high level, but after all he’s been through, Pretlow is not worried about the pressure.

“I went to France, I went to tournaments with Lamar Odom and Ron Ron (Ron Artest) on the wings, and that’s pressure,” Pretlow said. “I knew those two kids were pros. Pressure is when you have a team and you are supposed to win. I’m used to that. I’ve done some things. Pressure is not really pressure because I’m not a first-time guy.”

He did admit that it helps that Lincoln didn’t exactly go out on top. Last year’s team was the defending champions and featured four players who have gone on to Division-I colleges. The Railsplitters were the favorites early on, but ultimately lost to Jefferson in the Public School Athletic League’s semifinals, and didn’t even make it to the Barclays Center where the city title was held for the first time.

After Lincoln lost that day, Jefferson’s head coach, Bud Pollard, declared himself the new “Big Dog in town” with a reference to Morton’s impending departure.

Even as the Little Pup, Pretlow expects to take his team to the championship in his very first year.

“Things might be changing a little bit, but expectations haven’t. I want to keep this program at the same level that it’s been, and to do that means that we have to expect to win the championship every year so that won’t change.”

And if he doesn’t win, Pretlow expects to hear it from Morton.

“He’s going to Seton Hall, so it’s not like he’s that far away,” Pretlow said. “Besides, it’s not like you have to drive anywhere to pick up a phone and call me. If I don’t win, or I do something wrong, Tiny is going to let me hear it.” BCAM is the only Brooklyn basketball team to make state tournament