Rev. Bruce Prescott, left, applauds during a vigil outside a Hobby Lobby store in Oklahoma.

As Brooklyn Daily Eagle staffer Paula Katinas recently reported, most of Brooklyn’s congresspersons have made statements protesting the U.S. Supreme Court’s recent ruling that the owners of Hobby Lobby, a chain of craft stores, are not required to provide health insurance coverage under the Affordable Care Act for their employees who wish to purchase emergency contraceptives.

In her article, Katinas quoted statements by Congressperson Jerrold Nadler (D-Brooklyn/Manhattan), Yvette Clarke (D-Brownsville/Crown Heights) and Carolyn Maloney (D-Brooklyn/Manhattan) blasting the decision. As an example, Nadler said, “Ninety-nine percent of all American women use birth control at some point in our lives. Their interests cannot be ignored and must not be cast aside.”

Fights over birth control are nothing new for Brooklyn. In the last decades of the 19th century and the first decades of the 20th, contraceptives were illegal in the U.S. Margaret Sanger, a nurse, saw how many low-income women who were injured after self-induced abortions were unable to care financially for their large families, or became depressed after unwanted pregnancies. Sanger vowed that she would make birth control readily available in the U.S., just as it was in many European countries at the time.

For the site of the first birth control in the United States, Sanger, in 1916, chose a location on Amboy Street in Brownsville, Brooklyn (a street that became famous years later as the setting for Irving Shulman’s 1947 youth-gang novel, “The Amboy Dukes”). At the time, Brownsville was a poor, working-class area whose residents were mainly Jewish and Italian immigrants with little education. Sanger decided to open the clinic there after some local women came to her pleading for help after multiple births.

Sanger and her sister Ethyl were arrested several times and were eventually sentenced to a short term in the workhouse.  Although the Brooklyn clinic was shut down, her movement finally won a victory of courts when a New York State Court of Appeals judge ruled in 1918 that doctors could prescribe contraception for their patients. Sanger opened more clinics and continued to lecture throughout the U.S. She is hailed as a pioneer, even though her belief that people with physical or mental diseases or problems like alcoholism should be discouraged from having children might raise some eyebrows nowadays.

Ironically, one of the last populations in the U.S. who don’t use birth control — the Hasidim — make their home in Brooklyn. It is not uncommon for Hasidic families to have eight children. While Hasidic women may have some complaints, we don’t hear them, since most are convinced that the number of children they have should be left to the Almighty. Often, they have a novel solution to the problem of raising so many children:  The older children who are, say, ages 14 and 16, take on a secondary-parenting role, helping to raise the younger children who are ages 3 or 4.

Next time you hear the phrase “family planning,” remember that it all began in Brooklyn. 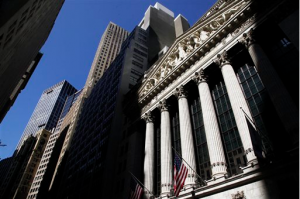