Brooklyn prosecutors say a 75-year-old man beat his wife to death because she served him lentils for dinner instead of the goat he was craving. Noor Hussein is on trial in Brooklyn for murder in the death of his 66-year-old wife, Nazar Hussein, in 2011. Prosecutors said in opening statements Wednesday that Hussein was so outraged over the prospect of eating lentils that he pummeled his wife until she was a “bloody mess.”

Nets star point guard Deron Williams will undergo surgery on both ankles on Tuesday, the team announced. The surgery will be performed by Nets’ foot and ankle specialist, Dr. Martin O’Malley. Williams will have a bone chip removed from his right ankle and his left ankle will arthroscopically remove bone spurs from both the front and back of the ankle, according to O’Malley. (BrooklynEagle.com)

A group of elected officials stood on a Coney Island street corner on Sunday to denounce recent episodes of gun violence in the community and to demand more action by police and the city. There have been several shootings in Coney Island in recent months, including one that took place in broad daylight at the same location the day before the rally.

Officer Philip Hirsh was honored by the 84th Precinct Community Council for avoiding a gunfight in the Farragut Houses.

Brooklyn Borough President Eric L. Adams announced on Thursday that he is leading a small delegation, including Deputy Brooklyn Borough President Diana Reyna, small business owners and local Chinese-American leaders, on a visit to China. The group was set to leave on Thursday and plans to return Sunday, June 1. The purpose of the tour is to mutually promote economic development and tourism between Brooklyn and China, which will include the signing of sister city agreements with Yiwu and the Chaoyang district of Beijing as well as the progression of discussions with government officials regarding bringing a friendship arch to Sunset Park, potentially the first-such landmark in New York City.

The NYC Beach Bus returns for the summer beginning Monday, May 26, running between Barclays Center and Rockaway Beach and Jacob Riis Park. It runs on Saturdays, Sundays and holidays, costs $9 one-way or $12 round-trip, and you get two free cans of Six Point beer to enjoy on the ride. Order tickets in advance online at nycbeachbus.com. The bus runs through Labor Day weekend. (parkslopestoop.com)

Famed Brooklyn author Jonathan Safran Foer, author of “Eating Animals,” will be writing for Chipotle. According to Vanity Fair,  Foer, after feeling bored while eating a burrito in Chipotle, contracted the company’s CEO and proposed that he and other prominent writers contribute pieces to be printed on the restaurant’s packaging. (fuckedinparkslope.com)

Wednesday morning, police responded to a 911 call of a motorcyclist struck at intersection of Ralph Avenue and Glenwood Road. Upon arrival, police discovered 26-year-old Leon Christopher of 859 Cleveland Street with severe trauma to the body. EMS responded to the location and transported the motorcyclist to Brookdale Hospital where he was pronounced DOA. A preliminary investigation revealed that a NYC MTA Bus, operated by a 38 year-old female, was traveling northbound on Ralph Avenue made a left onto westbound Glenwood Road when it collided with the operator of the motorcycle traveling southbound on Ralph Avenue. (NYPD DCPI)

Cirque du Soleil’s newest arena show, “Varekai,” will perform at Cushman & Wakefield Theater at Barclays Center in Brooklyn from July 30 through August 3 for seven performances only. After 11 years of touring the world under the blue and yellow Big Top, “Varekai” is now in arenas worldwide. Tickets will be available starting Tuesday, May 27 at barclayscenter.com, cirquedusoleil.com/varekai and ticketmaster.com. Tickets are also available at the American Express Box Office at Barclays Center beginning Wednesday, May 28 at noon. (Brooklyn Nets)

New York saw a decrease in unemployment benefit claims for the week ending May 10.  The state saw the claims down by 1,391, due to fewer layoffs in transportation and warehousing, professional and scientific services, and government. (AP)
— 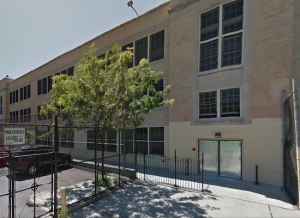