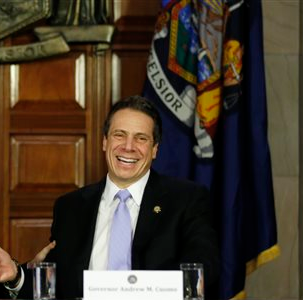 ALBANY— Advocates for campaign finance reform are trying to keep up pressure on New York lawmakers as they consider budget bills that include public financing of elections.

Public financing has been prized by “good government” advocates for decades, but is opposed by Republicans who share control of the state Senate.

Advocates hope that Gov. Andrew Cuomo’s placement of campaign finance reform in his budget proposal this year will finally make a difference. Karen Scharff of Fair Elections for New York says reforms written into budget bills are harder for opponents to dismiss.

Cuomo’s public financing proposal would match each private dollar contributed with six in matching public funds up to $175. The proposal is based on New York City’s model and is designed to make candidates less dependent on large contributions.