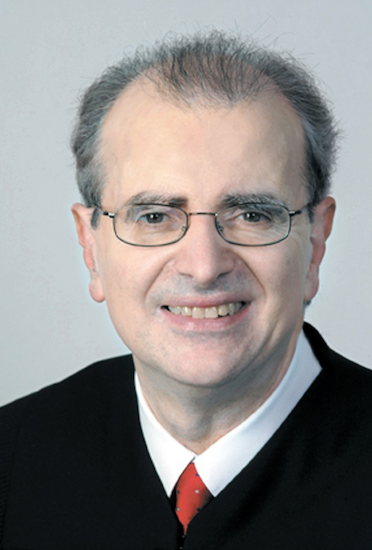 ‘Yes’ on Prop. Six Is Vote For Integrity of Legal System

A few short years ago, our media featured story after story noting that 13 years had passed since the state Legislature had deigned to provide a raise for some 1,250 members of the state judiciary. Often the press was fair to the judges, probably because they had an even stronger bias regarding Albany’s office-holders, whom they viewed as a low form of human animal.

Why was salary raise delayed? Mired in the muck of one scandal after another, the Legislature refused to give a raise to judges unless those in the Senate and Assembly also got their bonus. With legislative and judicial pay inexplicably and illogically linked to their whims, the Albany lawmakers understood there would be a public outcry if they granted the judiciary (hence themselves) even a cost-of-living increase.

Lawyers and judges united and fought a public battle to cure this inequity with consecutive Chief Judges Judith Kaye and Jon Lippman bringing unprecedented legal actions against the Senate and Assembly leaders.

That battle was won — though there was no adjustment for past cost-of-living losses.

The salary debacle was also in large part related to the nationwide onslaught by certain corporate and political interests seeking to diminish the role of the judiciary in providing justice for all, not just a handful of wealthy, ideologically driven billionaires and zealots.

Many believe that some of these same interests are anxious to defeat a proposition on the November ballot that would eliminate the anachronistic rule that forces many jurists to retire at age 70 unless they are willing to undergo a rigorous, embarrassing “recertification” process.
* * *

This time around, leading jurists have effectively made the case for the “Yes” vote. Simply by speaking their mind, jurists like Kings Chief Administrative Judge for Civil Matters Lawrence Knipel have outlined the logic of voting “Yes” on an otherwise obscure constitutional amendment on the November Ballot known as “Proposition Six.”

Knipel cites the economic gain to the state in keeping experienced, dedicated jurists on the bench. He, like others, points out that when the retirement age was set some 80 years ago, the life expectancies were almost a decade shorter than we currently enjoy.

“This constitutional amendment is the most significant proposed change affecting our state’s judiciary in 40 years,” he recently told the Eagle. “It will be a double win for New York,” he told editor Charisma Miller. “(F)irstly, the most experienced judges will be permitted to preside for additional years (at no extra cost). Secondly,taxpayers will save substantial pension costs because senior judges will begin collecting pensions at 80 instead of 70 or 76 years of age.”

We have many cases on point which highlight the need to vote for Prop. Six. For example Queens Justice Sidney Strauss, 74, may be forcefully retired next year at a time when he is fully qualified to continue work. And he doesn’t like it.

“Fifty years ago, when the life expectancy was 61, if you said `You want to work at 76?’ They’d say, ‘You should live so long.’ But as long as I am physically and mentally capable of doing this, I want to keep doing this,” he told a New York Times reporter.

Doctors over 70 and others like them are saving lives, astronomers are exploring new galaxies, artists are painting their best life works. Reaching a critical legal decision does not require manual dexterity or undue physical strain. But, serving on the bench calls for experience and the wisdom which comes only with time. And, yes, age.

To those who reflexively demand “new blood,” i.e. younger jurists, they should be made aware that bright, younger lawyers are more and more reluctant to give up their practices for the economic uncertainty the judiciary faces today.

They know that judges are regularly pilloried in the press, their salaries will always be lower than the pay of first-year Wall Street associates, and that they may likely be thrown off the bench in the prime of their careers at a time when they really know what they’re doing!
* * *

The bonanza kicks off with an all-day update running from 9 a.m.-5 p.m. on Nov. 1. Focusing directly on recent changes in a number of areas — Ethics, Civil Evidence, Disclosure; Labor Law , Product Liability, Medical Malpractice and more — those who take part in this event will receive eight CLE credits, according to BBA CLE Director Meredith Symonds.

A few days later, Nov. 4, is the BBA’s Elder Law Update, running from 6-8 p.m. at 123 Livingston St. Speakers well-versed in this recently developed area of legal expertise will be led by Bernard Brooks. The elder chair is Anthony Lamberti. As life expectancies increase, barrister Lamberti notes, so does the need for lawyers who know the intricacies of Medicare and other related specialties.

Debt collection, a speciality that has grown rapidly during the receding Recession, is the topic on Nov. 6 starting at 6 p.m. Richard Klass, aka Your Court Street Lawyer, leads a talented panel also consisting of Acting Supreme Justice Noach Dear.

Money Laundering, or “How to Advise Commercial Clients about ‘Dirty Money’” will be featured the evening of Nov. 12 starting at 6 p.m. Participants will hear from Federal Judge William Kuntz, Dave Chidekel and others familiar with this hot topic. Money laundering these days can be incredibly sophisticated, barrister Chidekel believes. Lawyers with commercial clients would do well to take part that night.

Closing out the broad November agenda will be a program that asks this question: “Is Stress Stressing You Out? How to Balance Your Life and Career and Avoid Misconduct.”

Answers to the above and even more questions will be provided Nov. 14 by Pery Krinsky, Dr. Fritz Galette and, representing the City Bar’s Lawyers Assistance Program, Meredith Heller and Eileen Travis.
* * *

Perhaps the crisis in our law schools — dropping enrollment, shortage of jobs for graduates — can be most easily solved by examining the advantages of limiting law school to two years instead of three, as has been the standard for several decades.

Our own Brooklyn Law School, under current leadership of Dean Nicholas Allard, seems to be on its the way to the two-year program. As a three-year matriculator (four, actually, since I went nights except for a fourth year where I was able to learn evidence from Dean Jerome Prince), my fellow BLS alums were not so quick to agree with the two-year agenda. “I think it devalues our law degrees,” one said.

Yet it’s understandable that with faculty salaries soaring and the legal profession hit by the so-called digital revolution, which has reduced the need for many support staff and lawyer, dramatic change may be in order.

President Barack Obama, a former Constitutional Law professor, has gone public with his view (Aug. 23 New York Times: Obama Says Law School Should be 2, Not 3 Years”). Legal journals have been publishing articles on the topic and, thanks to the aforementioned Times editorial, practicing attorneys have weighed in pro and con.

Georgetown Law Prof. Philip Schrag wrote that if the term is reduced to two years, “(The) result would be that new lawyers would be exposed only to basic survey courses and would receive little of the specialized training that their future clients will need.

“It is virtually impossible to construct a four-semester curriculum that would include the basic subjects such as corporations law, criminal law and procedure, the introductory tax course and evidence along with more advanced subjects such as corporate taxation, the law of government, international trade law and negotiation” the Georgetown professor said in the Times’ “To The Editor” column.

Agreeing with the president was Marsha Cohen of Lawyers for America (affiliated with UC Hastings Law School), who championed a reduced law school and favored spending the third year at a legal nonprofit or governmental agency. Cohen did not name any law schools that had adopted the Lawyers For America model where, after a year “super-interning,” the aspirants must still study for and then pass bar exams.

We preferred the observations of New Yorker Douglas G. Morris (identified as an assistant federal defender): “Here is my experience, based on 30 years as a lawyer working with scores of students. Compared with second-year students, third-year students stand out. They know more. They analyze legal issues better. They conduct themselves more professionally.”