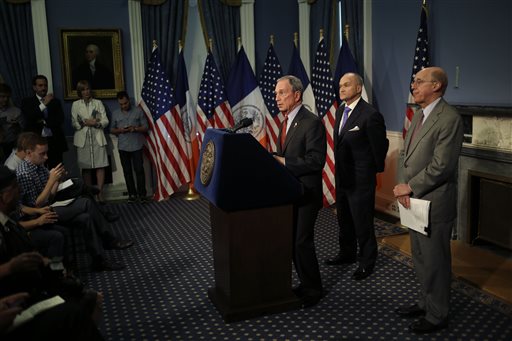 He made the comments Friday on WOR Radio. His spokesman said Bloomberg was proposing a biometric security measure. He says the city is in the process of putting in an electronic keycard system.

Ex-city comptroller Bill Thompson compared it to the city’s controversial stop-and-frisk policy. He said it’s “another direct act of treating minorities like criminals.”

The city is fighting a judge’s ruling imposing reforms on the NYPD’s stop and frisk policy. That judge also has ordered changes to an NYPD patrol program inside private buildings.