Cecchini Giving Back to Brooklyn Cyclones shortstop Gavin Cecchini has baseball in his blood, and Brooklyn in his heart.

The Mets’ first-round pick in the 2012 MLB Draft, selected 12th overall last June, is the son of a legendary Louisiana high school coach and has an older brother, Garin, playing in the Red Sox’s minor league system.

Cecchini’s baseball acumen and desire to rise to the Majors is unquestionable.

As is his penchant for giving back, which was in evidence when the 19-year-old shortstop prospect donated $10,000 to victims of Hurricane Sandy after hearing of the devastation caused by the storm, which ravaged Coney Island, along with other parts of the tri-state area, last October.

“When I was at my house [in Louisiana], one of my friends called me and said a car just blew up on Coney Island,” Cecchini recalled. “I’m glad to be here to help the city out. I consider the Mets and all the fans here my extended family. To play in New York is awesome and a blessing. I just thought that coming from Louisiana, where we always have hurricanes, I felt I had to do this for my extended family. I felt the need to help out.”

The gesture, a rare one from a Minor League player, most of whom struggle to make ends meet on their monthly stipend, was doubtlessly made easier by the $2.3 million signing bonus Cecchini signed after opting for pro baseball over college following his days playing for coach Glenn Cecchini, his dad, at Barbe High School.

However, Louisiana’s 2012 Mr. Baseball wasn’t exactly a household name in Brooklyn when he decided to pitch in.

In fact, Cecchini logged just five games for the Cyclones in 2012 after spending most of the summer with Rookie-level Kingsport, where he batted .246 with 22 RBIs in his first 53 pro games.

Added to the Brooklyn roster during the Baby Bums’ late-season push to the playoffs, Cecchini got an instant feel for the passion exhibited by Cyclones fans as they continue to set yearly records in attendance.

And he’s excited to be back in the shadows of the world’s most famous amusement park for the full 38-game home slate in 2013, not including what he hopes will be another few games at MCU Park in the postseason.

“Obviously, last year I got called up for the playoffs and it was a blast,” Cecchini recalled. “I’m happy to be back here and playing in New York. Right now, I don’t want to be anyplace else. This is a great place to play and playing for Rich [Donnelly], he’s a great manager. It’s gonna be a good year. We’re looking forward to it.”

Cecchini, who wears Derek Jeter’s No. 2 on his back, hopes to become the next big New York shortstop in the not-too-distant future. He is currently filling the middle of the Brooklyn infield with this year’s fourth-round pick, second base prospect LJ Mazzilli, the son of former Met great Lee Mazzilli.

For Donnelly, now in his third year at the helm of the Mets’ Class A short-season franchise by the sea, having a pair of infielders with strong baseball backgrounds is a blessing as the Cyclones continue to chase the organization’s first New York-Penn League crown since 2001.

“Coaches sons are very fortunate to be around the game and to see how big leaguers do it,” Donnelly said of Cecchini and Mazzilli. “You don’t have to tell [them] how to do anything. [They’re] already half-way there.”

Through his first nine games this season, Cecchini is hitting .229 (8-for-35) with a double and two RBIs as Brooklyn is off to a mediocre 4-5 start to the 76-game campaign.

Though he isn’t exactly tearing the cover off the ball just yet, Cecchini knows that baseball is a game that requires great patience and resilience.

“Just go out and play the game hard and help your teammates out and everythhing is going to take care of itself,” he said of his approach to the game he’s grown up with. “We have a great coaching staff and front office and great fans.”

And a great kid with a generous heart playing shortstop for the home team.

On Monday, the Cyclones will host the archrival Staten Island Yankees in a doubleheader starting at 6 p.m.

The matchup between the two local teams will also mark the kickoff to the Cyclones’ season-long Meaningful Mondays campaign in which the club will highlight a local neighborhood still rebuilding following Superstorm Sandy, while also raising money for local charities through numerous fundraising programs.

Monday will be Coney Island Night at MCU Park, with $3 from every individual ticket sold to that evening’s game donated to ConeyRecovers.org, a local organization working in partnership to assist with the recovery of the Coney Island Community.

“So many of our staff members and fans were impacted by this storm,” said Cyclones General Manager Steve Cohen. “We knew that we needed to do something to help those still affected and still recovering. That’s where this Meaningful Mondays program came from, because for us it truly is personal. And to kick it off with Coney Island night, just seemed like the logical way to go.”

This, That and the Other Thing: Cecchini has proven quite adept at hitting on the artificial surface at newly renovated MCU Park, batting a sizzling .412 (7-for-17) Surf Avenue. He’s just 1-for-18 thus far in the Cyclones’ five road contests, but did deliver the game-winning sacrifice fly in the top of the ninth inning in Monday night’s 3-2 comeback win at Hudson Valley. … 1B Matt Oberste leads Brooklyn with five RBIs despite a .156 batting average. … RF James Roche played hero last Sunday night, delivering a walk-off RBI single in the bottom of the 13th inning as Brooklyn beat the Renegades, 4-3. …  Though he has yet to pick up a win in two starts, Opening Day starter RHP Robert Gsellman is off to a strong start in 2013. The 6-foot-4 hurler from California has yet to yield an earned run over nine innings, striking out seven and walking only one. … LHP John Mincone, the Cyclones’ early season closer and a Suffolk County native, has fanned seven without allowing a run or issuing a walk in his first three outings, recording two saves. 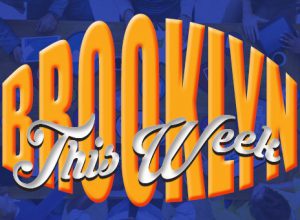