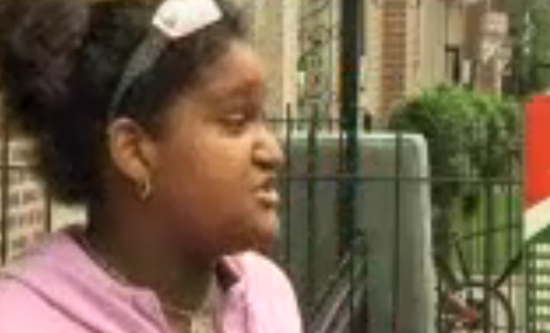 An 11-year-old Brooklyn girl is credited with rescuing her 3-year-old brother from their burning building.

She tossed him from a fire escape into the arms of neighbors below.

NBC New York says Janixia Soto alerted her mom and brother, Walter, on Thursday as smoke from a ground floor fire filled the apartments above.

They made their way down the fire escape from the fourth floor. They were one floor above street level when they encountered a stuck ladder.

Janixia says there was no time to “stress and cry.” She looked down, saw the neighbors, and made her decision.

The sixth-grader says she was thinking, over and over: “I hope this works.”

She also helped the family’s dog and cat get out.