US Rep. Michael Grimm, a marine who served in the first Gulf War back in the early 1990s, said the country should be doing more to honor Vietnam War veterans. In an effort to raise the nation’s consciousness about the service and sacrifices made by those who fought in that conflict, Grimm (R-C-Brooklyn-Staten Island)) has introduced a resolution in the House of Representatives to designate that every March 29 be known as Vietnam Veterans Day.

Grimm said he chose that date for historical reasons. It was on March 29, 1973, that the last 2,500 troops were withdrawn from South Vietnam, a move that officially ended US military involvement in Vietnam.

“All those who served during the Vietnam War and and their families have earned the appreciation and respect of our nation and its citizens. Now is the time to deliver a long overdue thank you to these brave men and women with the establishment of March 29 as Vietnam Veterans Day” Grimm said.

The congressman introduced his resolution a few days before the Memorial Day holiday weekend.

Vietnam War veteran Lester Modelowitz, a Staten Island resident who served in 1967-1968 in the 2nd Battalion 94th Artillery, brought up the idea of honoring veterans of his generation during a meeting with Grimm in 2011.

“As a marine combat veteran of the first Gulf War, I have a strong connection with our nation’s veterans, both those of our most recent conflicts and those whose history we must never forget,” Grimm said.

US Rep. Albio Sires (D-New Jersey) is a co-sponsor of the resolution.

The Vietnam War divided the country in the 1960s. As the war raged on, anti-war protesters held demonstrations all across the country. One of the most famous was a march on the Pentagon in 1967. More than 100,000 people took part in the march, among them novelist Norman Mailer, whose Pulitzer Prize winning book, “Armies of the Night,” was based on his experiences in the demonstration.

There were no victory parades when the Vietnam War ended. Leaders of veterans’ organizations have charged over the years that the men and women who served in the war were never thanked for their sacrifices and were instead treated with distain when they returned home by those who opposed the conflict.

The resolution introduced by Grimm lauds “the 58,195 honorable and brave souls who fought and died during the Vietnam War, ones who are missing, and those who died since from the consequences of that war,” and states that those who served “deserve the eternal gratitude and respect of this nation.” 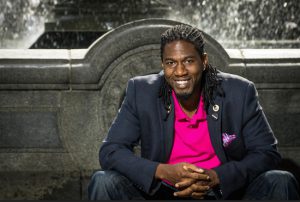