Members of the Brooklyn Bar Association gathered in the large auditorium Wednesday evening to present fellow colleagues with service awards and formally announce the election of new officers and trustees.

The evening began with warm welcoming remarks from outgoing President Domenick Napoletano. Marc Aronson accepted the first Distinguished Service Award of the evening. “This would normally be the best thing that happened to me this week, but this week I became a grandfather,” he said gleefully.

Robert Gershon, the Brooklyn attorney who spearheaded the lawsuit to preserve the 18b panel (the assigned counsel plan that allows indigent persons to receive legal counsel) was also awarded for his distinguished service. “This Bar has been extremely important to me,” Gershon said.

The final Distinguished Service Award was presented to elder law attorney Fern Finkel. “This lady does things in the service sector that you cannot imagine,” Napoletano said. Finkel dedicated her award to “all those who bring honor to the profession.” Included in Finkel’s list was her father, who practiced for more than 50 years, and her husband.

There was a lot of talk regarding the First Annual Honorable Theodore T. Jones, Jr., golf outing in April. Frank Carone was presented with a trophy for his work as chair of the inaugural golf tournament committee. The late Hon. Jones was further commemorated when an oil portrait of him was unveiled.

John Buhta was presented with the Freda Nisnewitz Award for his work in pro bono service. “This award is going to someone who provides effective, revolutionary and exemplary service towards the access to justice,” noted Jeannie Costello, executive director of the Volunteer Lawyers Project. “John exemplifies the noble goals of the legal profession with his finely calibrated ability to get things done with gusto.” 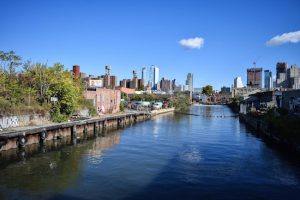 In new memoir, chef reveals ‘Appetite for the Extreme’