An innovative program in Brooklyn is exposing young women to the lucrative field of engineering.

Olivia Doran, a ninth-grader at Poly Prep, attended the program for the first time. “This year I am in advanced math and starting chemistry and really loving it. I might be interested in going into engineering. I came to test the waters.”

Delaney Malone, a ninth-grader from Brooklyn Tech, said, “My uncles are in engineering and they complain how few women there are in engineering.” So, when her school sent out an email about W.I.S.E., she decided to sign up.

Emily Giurleo, a senior who will be attending the Massachusetts Institute of Technology (M.I.T.) this fall, introduced the first keynote speaker, Reshma Saujani, a founder of the non-profit “Girls Who Code.”

Saujani told the girls, “I am an unabashed advocate to get more women into computer science.” She asked how many in the room had taken a computer science class. Very few hands went up. “Forty percent of students in China know how to code,” Saujani said, adding, “The next Jack Dorsey [Twitter creator] or Mark Zuckerberg [founder of Facebook] should be in this room.”

In a third-floor classroom, Kelly Smith and Lea Cory from Ward’s Science in Rochester, New York, taught students “to identify a problem, analyze a problem, and implement a solution” in building a Rubberband racecar. After completing the project, middle-schooler Adia Gist said, “It took a lot of trial and error.”

“We never had anything like this when we were students,” Smith said. “You ladies inspired us.”

Poly alumna Anecia Richards ‘11, currently an electrical engineering student at Tufts University, taught the girls how to build a Lego robot with a “brain, “ which they programmed to move the robot forward.

Racquel Quarless from the University of Rochester directed a hands-on project, “Oh Snap!” which examined “non-Newtonian fluids” using ball of cornstarch and water.

Quarless called the day “amazing.” “There should be more opportunities like this that level the playing field” for girls, she said.

In another middle school workshop, students pretended to be radio frequency engineers for a TDMA (time division multiple access) cellular system.” Students had to design the frequency plan for a cellular system in New Jersey.

Second keynote speaker Kelly Speakes-Backman, a member of the Maryland Public Service Commission told the students that mechanical, civil, and biomedical engineers all “have one thing in common….We solve problems. We learn how to break down a problem into manageable pieces.” She said teachers “can’t teach you what to think. They teach you how to think.”

Flo Turkenkopf, chair of the science department at Poly Prep, noted that this year, for the first time, the symposium was open to students from outside Poly. Five legal documents you need by 55 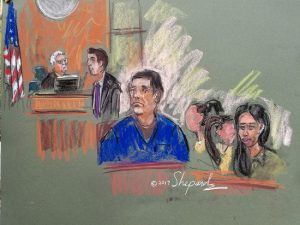