Brooklyn Today for May 3 Good morning. Today is the 123rd day of the year. On this day in 1896, the Brooklyn Daily Eagle published a “Map of the Brooklyn and New York Area.” Interestingly, only railroads and elevated lines were shown on the map, not roads. In those pre-automobile days, roads were generally in poor condition, and even in the city, many were still unpaved.

In Brooklyn, the map showed the steam railroads that were the ancestors of today’s F, D, B and N trains, along with the old Fulton Street, Myrtle Avenue, Lexington Avenue and Broadway elevated lines (portions of the Myrtle Avenue and Broadway lines still survive as part of today’s subway system). What is now the LIRR’s Bay Ridge Freight Line but was then a thriving passenger line was also shown on the map.

Well-known people who were born today include television producer Greg Gumbel, signer Engelbert Humperdinck (“After the Loving”), singer-songwriter Pete Seeger (“Turn, Turn, Turn,” “Where Have All the Flowers Gone”), singer Frankie Valli (“Can’t Take My Eyes Off You,” “My Eyes Adored You”) and U.S. Sen. David Vitter (R-Louisiana). 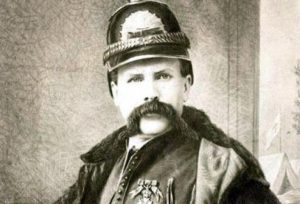