The suspect arrested for a brutal attack on a 56-year-old woman in an F train station in Borough Park was nabbed with help from a person who left on a comment on the Gawker website that led police to the alleged attacker, Councilman David Greenfield said.

Aidan Folen, 21, of Bay Ridge was taken into custody by police on April 2, after a shocking video taken by a station surveillance camera that showed him allegedly attacking the victim in the 18th Avenue station went viral. He has been charged with second degree assault and second degree robbery.

Greenfield said a commentator on Gawker posted a link to Folen’s Facebook page, in which the suspect is seen in a photo wearing the same hooded sweatshirt and shirt he wore in the attack.

CBS 2 News reported that the attack took several minutes. The suspect followed the woman down the stairs of the train station at 2:40 a.m. on March 9 and then punched and kicked her repeatedly, police said. The attacker is also seen on the video grabbing the victim’s pocketbook, emptying the contents on the floor and stealing items, police

Greenfield (D-Borough Park-Bensonhurst) said he was shocked by the assault and was relieved to learn that an arrest had been made. The assault took place on March 9. The New York Police Department released the surveillance video last week.

“I was disturbed to learn that a horrific robbery like this occurred in my district, so I am grateful in knowing that this suspect has been arrested. This is another reminder of the hard work each day by the NYPD to keep us safe, as well as the role that social media and crowd-sourcing can play in identifying criminals and holding them accountable for their actions,” Greenfield said.

“My thanks to everyone who played a role in making this arrest, from the individual who first connected Folan to the video footage using his Facebook page, to the officers who tracked this suspect down. This shows once again that all New Yorkers have a role in keeping our city safe for everyone,” Greenfield said. 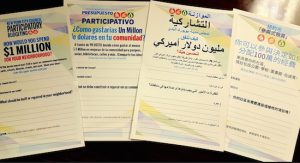 Councilmembers want Brooklyn residents to decide how to spend $1 million 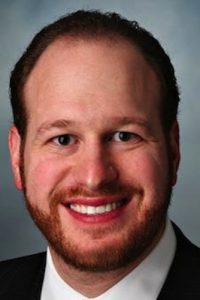